Math Rock, you say? What in the world is “Math Rock?” Is that some newfangled lingo you youngin’s have come up with to try and make math cool? Well, I do approve of that…

According to Wikipedia, Math Rock is defined as:

I assure you, I giggled the first time I heard the expression “Math Rock” because I was sure that it was a reference to Adventure Time–a show that my young adult brother was obsessed with. When asked, my brother defined it as, “making music with math equations.” I’m still unsure what that means, but I was simply excited to give this new genre a whirl! It turns out that math rock is just really really cool rock music! 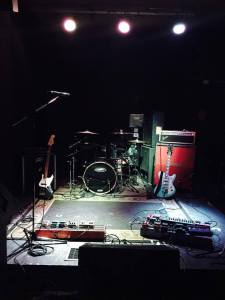 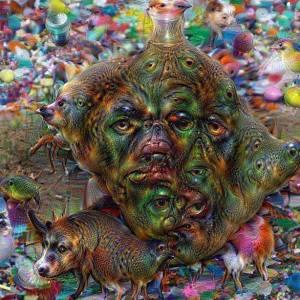 The band Facial, is currently my math rock obsession. Its members include Joe Hatfield on guitar, Alex Norrel on drums, and Ethan Evanchek on bass. I do admit to some bias where its members are concerned, seeing as I have known Joe and Alex long enough and well enough to claim them as “brothers,” and have been impressed with Ethan for at least five years, having seen his spectacular bassist skills in several other bands. Prior to Facial, Joe and Ethan were members of Cosmic Sound Child–which is the band that really made me take notice of the drummers and bassist, and appreciate the necessary impact that they provide to any band! When I first witnessed Cosmic Sound Child play, I cried! Hahaha! I honestly did. I was devastated when they broke up, my sunny skies instantly turning a stormy cloudy gray. But a ray of hope burst through that cloud cover when I heard about Facial!

(The following pictures I have taken at their concerts)

See, Joe has been a musical staple in our small country town. He is the go-to-guy for anything music related. Writing, performing, recording, filming, and producing, Joe is your man. And if you need a drummer? You better call Joe. In fact, I had seen him as a drummer so many times, that I was actually astounded the first time I heard him play the guitar–He is flipping amazing!!! It was literally a jaw-drop moment to see him run those magic-fingers up and down those struts! Wow, that sounded, ah, interesting, hahaha! Seriously though, it was fan-fricking-tastic!! Then to find out he could play other instruments too? Well, Joe, you might as well add yourself to the “Coolest-People-I-Know” list right now. Add in that he is highly intelligent, insanely deep, generous, kind, open-minded, nonjudgmental, and a superb conversationalist, and you have an outstanding specimen for a great human being!

I have known Alex almost as long as I have known Joe. I always kind of paired them together, because they were so similar in

temperament. Intelligent, deep, philosophical, strong-willed, and just plain strong–he is another of my most favorite people. My friend and I fondly dubbed him “Alex the Great”–the great hugger! He was still in high school when I met him, but he towered over me even then, and he grew taller still. When I first saw Alex behind a set of drums, it was at an impromptu musical night at a random gathering. I was instantly impressed. Out of all my “brothers,” (besides my real brother) he was the only one that was not in the punk band, Ha Ha Hooligans–the band that got me into the Elizabeth music scene to begin with–so I had no idea he could even play! He surprised me again that night, by picking up an adorable strawberry-shaped guitar, and was a perfect participant to one of my all-time favorite memories where several of us sat in a close circle and played/sang Santeria, by Sublime.

That was also the night I met Ethan–or at least the first time I remembered Ethan. Concerts at Kasey Jones Park were usually dark, loud, and wild–high school boys in a mosh pit?? And being the older sister, I tended to hide on the sidelines, hahaha! However, it was not until Cosmic Sound Child that I fell in love with Ethan! It was he who helped me to appreciate the bassist. In fact, until I heard Red vs Black–an amazing two-person band with a bassist/singer and a drummer/singer–I honestly did not really notice the bass. Once I saw Ethan, though….the bass is an integral and necessary component of the band! It is absolutely amazing the sounds that the bass can create. Both Cosmic Sound Child and Facial could not be as amazing as they were/are without Ethan.

It was the Mile High Festibowl, 2013, down at the aforementioned Mouth House (the best form of insanity!!), when I

witnessed Facial play together for the first time….and it was magical. I cannot find the words to describe the music…intricate? Complicated? Phenomenal? There are not any lyrics, but your body responds as if there are. Happy, sad, the chaos that infuses the brain in high school…you can feel all of these through the music. There is no need for words. I have seen them several times since–I try not to miss a concert. If I know about it, and my old-man car is happy, I am totally there! I once described them as, “Mars Volta meets The Grateful Dead, on crack.” You have the astounding intricacy of Mars Volta, with the jam power of the Grateful Dead, multiplied by 100, hahahaha! 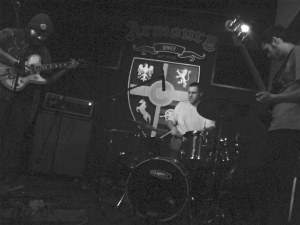 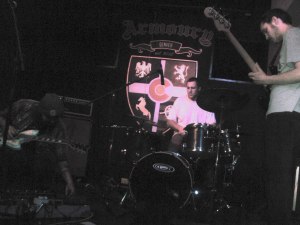 Now, being a girl of the 90’s, I am, unfortunately hahaha, a boy-bander. So talent, to me, could easily just be a pretty face (although I will vehemently defend that most of the boy-bands of the 90’s had pretty faces, sweet voices, and amazing dance moves!), at least that is the view point that most have towards a former boy-bander. However, my adult life has been saturated with all sorts of musical influences–that I would have never found on my own–and I have been drenched in punk, indie, screamo, emo, metal, math-rock, surf-rock, and whatever other term they use to differentiate the technical nuances that delineate the various genres–I am fully soused, hahahaha! But Facial is my favorite! They don’t need a ridiculously handsome front man–although they are all studs in my book–a sexy lead vocal, or some sweet poppin’ and lockin’ dance moves to be anything more than what they are, which is simply sensational.

I fully recommend checking them out! I have included several links, but if you cannot see them in person, definitely listen to them on bandcamp!

Watch them perform at the Armory in Denver, Colorado, via YouTube:

And listen to their music: http://facial.bandcamp.com/